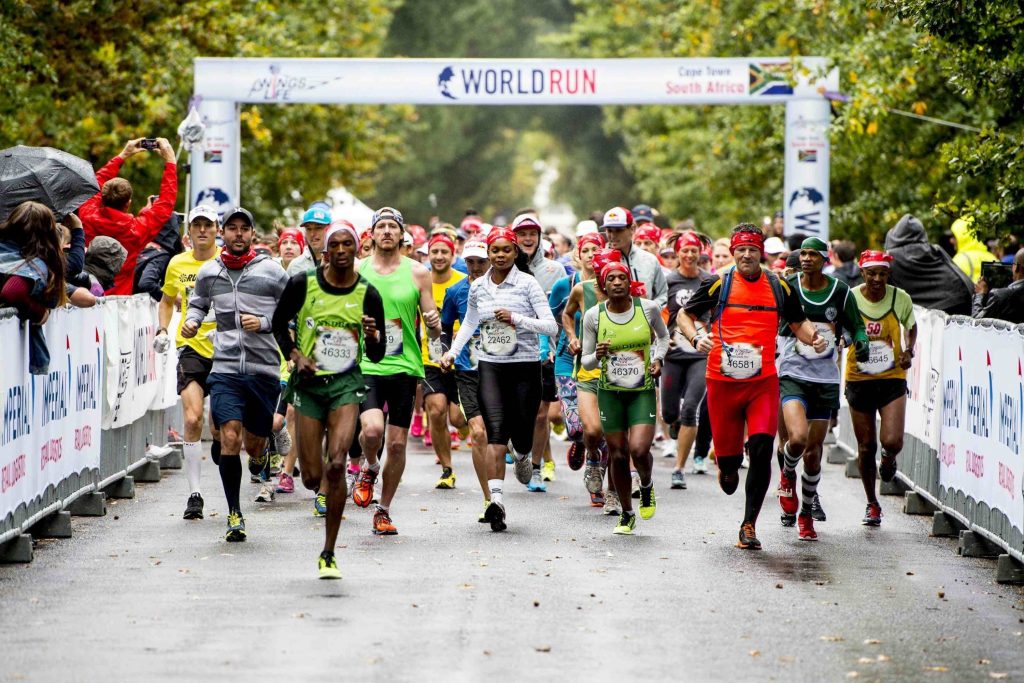 As the seasons begin to change and cool fall weather draws nearer, visions of golden-brown turkeys, ruby red cranberry sauce and stuffing toasted to perfection dance in our heads. Well, some of our heads. For other, more athletically inclined individuals, the changing of the seasons means one thing: race season! With cooler temperatures and more mild conditions, fall and winter can be a runner’s paradise. Check out some of our best tips for photographing running events below!

When photographing a racing event, it is imperative to find a location in which you can photograph runners where the sun is positioned behind, rather than in front of your subjects. Not only will this produce inviting, warmly lit images, this will also avoid squinting expressions from your subjects. Keep an eye out for major points of accomplishments throughout the race route to capture the most emotional moments of the event. This would include the excitement of runners at the starting line, runners as they reach the top of any hills throughout the route, and, of course, the finish line!

Use a Fast Shutter Speed

Whether shooting with your DSLR camera or your smartphone, it is important to utilize a fast shutter speed when photographing runners. This will ensure the elimination or reduction of motion blur in your images. A skilled photographer can shoot at a shutter speed of 1/60 with minimal to no motion blur, but it is recommended to shoot at 1/500 to be able to capture quality images of fast runners.

To ensure that none of the pivotal moments of a race are missed, it is important to use your camera’s “burst mode” when shooting. This feature is available in most modern smartphones, and is also a setting that can be changed to your preference on your DSLR camera.

Don’t Forget About the Details

While the hustle and bustle of a busy race day may draw your attention exclusively to the runners, it is important to capture the feel of the event as a whole. A great way to do this is by capturing the details that give an event character. This could mean photographing the crowd of onlookers watching runners race by, or shooting the colorful kicks that racers are sporting for the event. It is these detail shots that will provide viewers a comprehensive image of what the event was like!

Undertaking any sort of race, whether it be a full marathon, half marathon, 10K or 5K, is a great accomplishment for all participants. Whether you’re leading the pack or bringing up the rear as one of the event’s final finishers, this is an accomplishment that athletes will want documented for the future. Mainstream media outlets that cover racing events often shoot thousands of photos, with little to no editing or artistic consideration. Racers are left sorting through countless low quality images in hopes of finding an image that captured their special day. With Text Event Pics, you can simply text in your images to your unique event phone number, to be shared with whoever you please. Not only does this streamline the process of sharing images, it also ensures both the shooter and the subject’s privacy.

Interested in Finding an Upcoming Race Near You?
Check Out or Comprehensive Schedule Below!