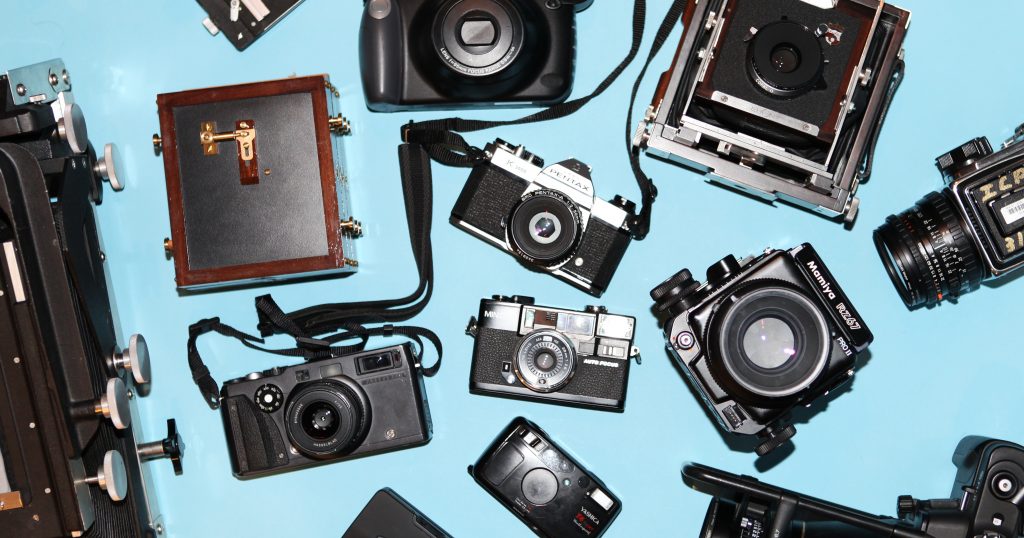 A Brief History of Photography

A Look into the Founders and History of Photography

In its most basic form, “photography” means “drawing with light”. Originating from the French “photographie”, this phrase is formed from the Greek “phos”, or “light” and “graphis” or “paintbrush”. Ultimately, photography is the science and art of recording images by means of capturing light on a light sensitive medium, such as a roll of film or electronic sensor. Aside from this, photography is essential to illuminating and intriguing society as a whole. Yet, we have come a long way since the history of photography and it’s humble beginnings. 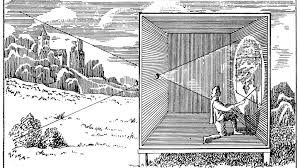 The Impacts of Joseph Nicéphore Niépce 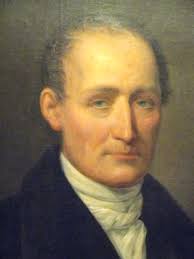 In 1816, Joseph Nicéphore Niépce created the first portable camera obscura, from a crudely constructed box with a microscope lens. He used the device to expose a pewter plate coated in bitumen to capture light. This captured the first images that were created by a device that did not fade quickly. This process used bitumen as a coating on a glass or metal surface, that would harden when exposed to light. After being exposed, the plate was washed with the oil of lavender, resulting in only the hardened image remaining after being washed. In 1826, Niépce created the first known permanent photograph from nature, titled “View from the Window at Le Gras”. This was the result of a shocking eight hour long exposure! 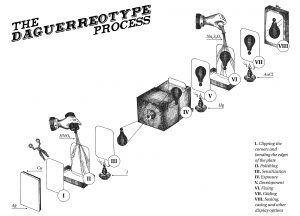 Following his successes, Niépce collaborated with Louis Daguerre, French painter and physicist, to create the daguerreotype. Invented in 1837, this device was created from a brass plate being coated with silver and sensitized when exposed to iodine vapor and exposed to light in a camera. Initially, the exposure time was very lengthy (approximately 20 minutes in most cases), making portrait photography a challenge. Photographers would have portrait subjects “braced”, holding a pose with the use of headrests, clamps and a posing stand. Although this was a great stride in the progression of photography, the daguerreotype produced images that were easily marked, often to be protected under glass. Also, the images produced were “positives” and unable to be duplicated. 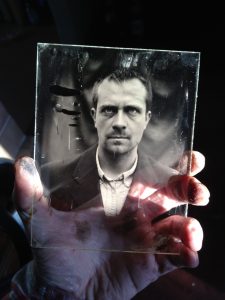 Daguerre and Niépce continued to work and perfect their invention, creating emulsion plates that were much more affordable than their original daguerreotype. These plates were much more sensitive to light and needed only two or three second of exposure time to create an image, making this invention largely popular in portrait photography. From this point, British sculptor and inventor, Frederick Scott Archer developed the “collodoin process”. This process utilized wet plates in the emulsion process, creating more images with more detail and clarity than ever before. 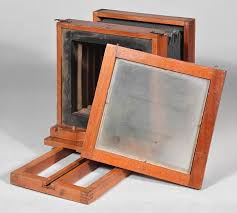 Following Archer’s invention of wet plates, Richard Leach Maddox invented the gelatin dry plate silver promide process, eliminating the need for images to be developed immediately after their capture, as with past processes. These plates also did not require a photographer to use a darkroom tent for this development. Conveniently, these plates could be stored and reused and were smaller, allowing for cameras to become hand-held.

Kodak: Photography for the Masses 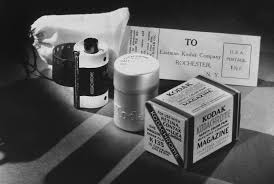 In 1888, George Eastman created Kodak, essentially putting photography into the hands of the general public. He created the first ever flexible roll of film that did not require the changing of plates to create an image. This film was placed into the first self-contained box camera that held over 100 exposures. Consumers could simply shoot with the film roll, sending the camera back to the Kodak factory for development. Once the film was developed, the images and camera were returned to the consumer with a new roll of film, ready to shoot. 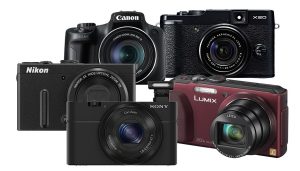 Following Polaroid’s invention of its Model 95 that could develop images inside the camera in under a minute, instantaneous photography became all the rage. In the late 1970’s and early 1990’s, point-and-shoot cameras hit the market. These devices would automatically calculate shutter speed, aperture and focus, allowing the shooter to focus solely on composition when creating images. By the 1990’s these cameras were beginning to be used more widely than film cameras. 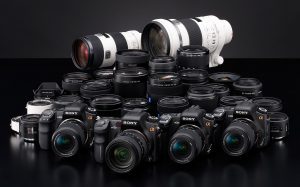 DSLR cameras, or digital single lens reflex cameras, are what we know now as leading the work of photography. In these devices, a mirror swings up, the aperture stops down to the shooter’s selected size and a shutter opens, exposing the device’s electronic sensor to light. At the end of the exposure, the shutter goes back over the sensor and the mirror stops back into place, allowing the first shutter to release. Although this process sounds complicated, these actions are completed in a matter of seconds, or fractions of a second.

Currently, DSLR cameras are being rivaled with the invention of smartphones with high-quality internal cameras. Our top five rated smartphones of 2018 are able to create beautiful images right from your phone, including more creative controls found in DSLR cameras including shutter speed and aperture controls. Inventions such as these have reshaped our idea of photography as a whole in society. Without the need for expensive film requiring delay time for development, images can be created and shared instantaneously with the click of a button. Now, on the cutting edge of photography and photo sharing, Text Event Pics allows you to share images from your event in the safest, most secure way possible. Simply text your pictures into your unique event phone number, and you’re ready to start sharing and creating memories!